Tawnya Benavides Bhattacharya is the Founder & CEO of Script Anatomy and currently the Co-Executive Producer of Bel Air (Peacock) and My Life With The Walter Boys (Netflix). 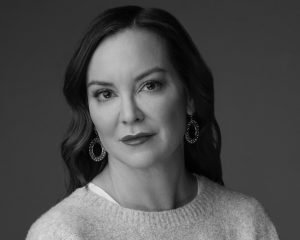 A screenwriting teacher for the past 1 years, Bhattacharya launched Script Anatomy in 2011 just as her career was taking off. Her objective: to use her experience of breaking into the TV industry and building a career to help other writers do the same.

She created a unique writing curriculum with trademark tools for development, writing and rewriting, which have helped hundreds of writers get a job writing for TV, find representation, or sell pilots, screenplays and novels.

As a guest instructor, Tawnya has brought the Script Anatomy method to the Disney | ABC Writing Program, The WGA Foundations, WGFestival, the Austin Film Festival, the Producer’s Guild (PGA) Power of Diversity Workshop, Carleton College, NIKE, Hugo House in Seattle, the Willamette Writers Conference, Stage 32, The International Screenwriters Association, TV Writers Fund and the CineStory TV Writers Retreat in Idyllwild. Her column “Your TV Guide“ can be read in Script Magazine. She’s also been a guest on several podcasts, including Scripts & Scribes, Sell Your Screenplay, The TV Writers Podcast, and On the Page.

Bhattacharya and her writing partner, Ali Laventhol, are currently Co-Executive Producers on Peacock’s hit show Bel Air and Netflix’s My Life With The Walter Boys. They are currently co-writing a movie with Peter Landesman (Concussion, The Immortal Life of Henrietta Lacks), as well as The Girl In The Attic for Stacy Mandelberg. The writing team is currently in the 2023 Showrunner Training Program. They have written on multiple shows: Ginny & Georgia (Netflix), A Million Little Things (ABC), Famous in Love (Freeform), The Night Shift (NBC), Perception (TNT), The Client List (Lifetime) and Fairly Legal (USA), as well as Amazon’s Shelter, based on a Harlan Coben trilogy, and Salsa for Apple.

They have also written the Lifetime TV movies, A Tangled Web based on Leslie Rule’s true crime book, and Torn From Her Arms based on Ginger Thompson’s breaking story for ProPublica which ended Trump’s “Zero Tolerance” policy and family separation at the border. Torn was nominated for 3 Imagen Awards and garnered a win for actress Judy Reyes.

They are former NBC Writers on the Verge fellows, and were semi-finalists for the ABC Disney Fellowship before getting a job that took them out of the running. Bhattacharya was also a FOX Writer’s Intensive fellow. The team is repped by Industry Entertainment and Morris Yorn and UTA.

Bhattacharya, an alumnus of Cornish College of the Arts Conservatory, studied acting and playwriting, and interned with playwright, Marie Irene Fornes and New City Theater in Seattle. She has performed in Seattle, Chicago, Austria, Germany, Czech Republic and LA.

Script Anatomy pushes you to dig deeper and ask those tough questions upfront. In a very simple, straightforward way, Tawnya is able to demystify the overwhelmingly isolating process of pilot writing by giving you tools you can take away and use forever. Not to mention the incredible sense of community you feel the minute you walk into one of her workshops. I was on staff for three years before I took a Script Anatomy class and even after breaking over forty episodes of television, I still longed for a sense of camaraderie and partnership. Script Anatomy provided that for me and reminded me how much goes into creating a pilot. It is an outstanding class for non-working and working writers. I will definitely be going back.

Tawnya is a total pro. Her years working in television have clearly helped her design a unique curriculum for all the workshops offered by Script Anatomy. These workshops are run just like a real television writers’ room with plenty of opportunity for feedback and ideas from other writers. They also provide you with a concrete set of tools to help you realize your story vision and capture it on the page. I wrote the first draft of my original one-hour drama pilot in her workshop and a few months later sold it to Universal/NBC! I really believe that writing that script in Tawnya’s workshop gave me the encouragement, motivation and insight I needed to get my script into tip-top shape. Television writing is such a competitive space, so any edge you can acquire going in is crucial. Tawnya and Script Anatomy provide that edge.

— Barbara Curry, Writer of sold legal drama “REVERSIBLE ERROR” to NBC with FAST AND FURIOUS‘ Chris Morgan attached, Writer of the movies “THE BOY NEXT DOOR” & “ANYTHING FOR LOVE,” Hired to rewrite “THE JURY” at Fox 2000

On the first day of Tawyna’s Televisionary Writer’s Workshop, she laid out her expectations. She expects a great deal from the writers in her course because she’s preparing you to be a professional. The course moves quickly. The deadlines are strict. And, the workload seems endless. In other words, Tawyna’s course was excellent. Her unique approach to narrative and emphasis on theme truly elevated my writing. She gives helpful and honest feedback without being negative. As a working writer, she teaches from both an artistic and business standpoint, and I feel that’s what makes her such a gem. Take the course and thank me later.