Stacey Miller came to LA dreaming of a career in daytime television. When soap opera producers felt differently, she turned to “serious” acting, starring alongside James Franco in plays and independent films. 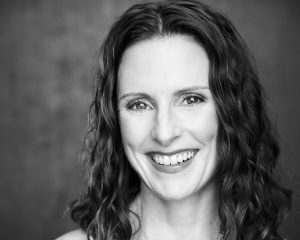 Originally from Texas, Stacey graduated from USC’s Master of Professional Writing Program before joining Franco’s company, Rabbit Bandini Productions, as a writer and creative consultant. It was an exciting time. Stacey’s first screenplay, Sal, premiered on screen at the Venice Film Festival just six months after its completion.

She has since written multiple projects, including Tenn, an account of the early life of Tennessee Williams starring Vincent D’Onofrio and Beth Grant, which premiered at the 2017 Austin Film Festival, and I Am Michael, the true story of a former gay rights activist turned fundamentalist preacher starring James Franco and Emma Roberts, which premiered at the 2015 Sundance Film Festival. She also wrote and directed Rabbit Bandini’s first foray into reality television, Acting Class, part acting competition, part documentary on what it really means to be an actor in Los Angeles (spoiler alert: unemployed).

On the TV side, Stacey has been a finalist for Imagine Impact, a semi-finalist for the Warner Bros. Television Workshop and a semifinalist for the Fox Writers’ Lab. Stacey lives in Los Angeles with her baby-daddy, Joe, who greets her every night with those three little words every writer longs to hear (how many pages?), and her six-year-old son, Rory, her finest production to date.

I had a really wonderful, positive experience in the class with Stacey. It was my first Script Anatomy class and I really enjoyed the structure. I appreciated the lectures which I found to be a great reminder of foundations that I had learned years ago — and Stacey applied them to examples that helped reflect it. She was always collaborative, kind, complimentary, and professional with everyone in class regardless of our professional experience. I think she pushed all of us and was able to adjust to help people who had never attacked a piece of writing like this with grace and helpful thoughts to get students to really understand their “whys” of the story. Overall, I would recommend the class and Stacey to anyone who is looking into taking a class.

— Lauren Certo
I took Stacey’s Script Anatomy class. She was a fantastic instructor.  Lots of energy, very positive and the thing I appreciated most was how organized she was. The class was consistent and I knew what to expect. She seemed to meet each student where they were without judgement but still providing firm deadlines. In general, I really enjoyed this class. I like that Script Anatomy has a format to follow and how organized the curriculum was.
— Joanne McCullough
View Stacey's Upcoming Classes