Chelsea Grate was traveling the world as a competitive figure skater until she broke her back and hung up her skates. That was just one of her lives before she turned to writing. 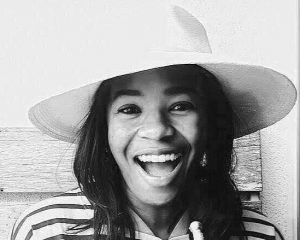 A Texas native, she went on to graduate in Comparative Literature from Harvard, and then became a lawyer for a big San Francisco firm, representing public and private companies in mergers and acquisitions and advising nonprofits.

She moved to Los Angeles to attend USC’s Peter Stark Producing Program and began her industry career as a researcher on For the People (ABC) and was promoted to staff writer. She has produced a podcast with Marcia Clark and a pilot for New Form. She is currently staffed on an Untitled Amazon Series.

She has spent time in Paris, honing her French and studying existentialism and in Italy, translating plays and learning to make pasta.

The structure of the templates and exercises helped push the boundaries in my second pilot. It got me thinking about my first pilot as well. I also really enjoyed Chelsea as an instructor. She was great at making us feel like a team working on our process and not as someone above us even with her accomplishments thus far. She always felt honest about things both writing and industry-wise. You can see her love and passion for TV and the story. Her unique background also gave me hope in transitioning into a new career.

Chelsea explained the ins and outs of navigating story beats and outlines in a way that made my story open up to me. Before this, I struggled with over-explaining and dialogue-driven exposition. Chelsea worked with me on the necessary information and the most visual ways to convey and shorthand. Her notes are insightful and nuanced. I miss them already. With her help, I finished my favorite draft of anything to date, and this pilot has since gotten very nice feedback from executives. Next, I revise and get ready for fellowship season. If I’m ever stuck again, I will definitely take another class with her.

— Kirby Marshall-Collins
Chelsea was extremely knowledgeable, thorough, and very invested in her writers’ success. She gave some amazing perspective and wonderful feedback throughout the five-week course. Using the Script Anatomy tools and Chelsea’s teachings has given me a newfound ability to break through very specific blocks in my writing, and I now have a super solid outline that I can use to jump right into the heart of my newest pilot!
— Vanisha Renee Pierce
View Chelsea's Upcoming Classes