In the fifth grade, Adrian told his teacher that he wanted to be a writer-director-producer. He had no idea what a producer does. 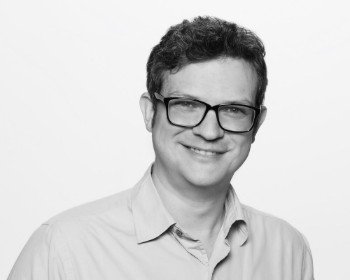 Raised in a border town in the tip of south Texas, he was an early fan of genre movies like Ghostbusters and Monster Squad. At 11, he convinced his dad to let him see Bram Stoker’s Dracula in the theatres by saying, “I write about stuff like that.” His tastes have not changed.

After graduating from SMU in Dallas in 2003 with a degree in cinema, Adrian moved to Los Angeles to begin his career in entertainment. After a few years working various positions in the industry, including in development, on set and as a writer’s assistant, his script Suckers was optioned by Alcon Entertainment. It was later picked up by Nickelodeon and made into Nick’s hit Halloween movie, Liar, Liar, Vampire, in 2015. Adrian worked with Nickelodeon again with his 2018 movie, Blurt!, which was set up from an original pitch. He was one of the writers on Cop and a Half: New Recruit, starring Lou Diamond Phillips. Additionally, he has worked on projects for Awesomeness TV and the Latinx digital network, MiTú.

Recently, Adrian has shifted focus from features to television and in 2020 was accepted into the Disney Television Writing Program.

He is repped by Jeffrey Thal at Ensemble Entertainment. You can find him on Twitter @AdrianoftheVine.

Script Anatomy has the best courses to write a first draft.  I was especially excited to take a feature incubator class with the industry veteran Adrian Vina. He fully and clearly explained the course content and applied it to our individual work. He was so kind and had great ideas. I was even learning when he was helping others. The class bonded and worked together with his leadership and has stayed in touch.

Adrian did such a lovely job at providing a space that was safe to share our work and ideas without fear of judgement. I could tell he really took the time to read all of our assignments, as he provided thoughtful notes and a ton of support as we developed our kernels of ideas into full-fledged outlines. Having an instructor who is positive, encouraging, and just as excited about our ideas as we are is so invaluable — and that’s exactly how learning from/working with Adrian was. I’m looking forward to going to draft with my script and hopefully taking another class with Adrian through Script Anatomy at some point!

Adrian Vina is such an amazing teacher. He is uplifting and encouraging and makes you feel you are on the right track, even though there is still a lot of work to do. I had taken some scriptwriting classes before, and all the things I already knew added up to what we were learning in class with Adrian. Overall, he is also very resourceful and experienced in drafts, scenes, and scripts. I couldn’t recommend him enough.