Aaron Vaccaro is a Co-Producer on Nickelodeon’s “Drama Club.” He is also currently developing projects for Netflix and Disney. 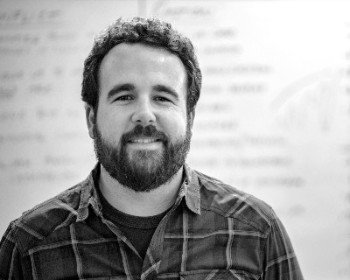 He grew up in the San Fernando Valley (the non-porny part) and was always enamored by the entertainment industry, inspired by his grandfather, who starred in the original Our Gang comedies. After graduating from UC Santa Barbara with a degree in Film Studies, Aaron set out to become a television writer. He scored several Writers’ Assistant stints – on 24, Ghost Whisperer, The New Adventures of Old Christine, Wilfred, and Mike & Molly. After being chosen as one of the NBC’s Writers on the Verge Aaron has gone on to write for Mike & Molly and Superior Donuts, both on CBS, Team Kaylie on Netflix, and most recently Drama Club on Nickelodeon.

He has developed projects with Netflix, Disney, Universal Cable Productions, Viola Davis’ production company, and once sold a feature entitled Sasquatch vs. The Abominable Snowman, which is every bit as insane as it sounds.

He now has an M.F.A. in Screenwriting and has taught screenwriting courses at AFI, UCSB, CSUN, LA Valley College and now Script Anatomy.

Aaron really empowered us to give each other feedback and through that process, it made us look at our own writing more critically and constructively. Along with the Script Anatomy structure and lingo, as well as plenty of resources, I am much more confident with my writing. Before, I just wrote as I went, never really planning an outline or beat sheet. Now, I have the tools to fully flesh out ideas and to plan out the story, doing the tough legwork before the actual writing. Everything I learned was invaluable and Aaron provided excellent feedback and ideas, resolving many of our story and character questions/challenges.

Each development document was very straightforward and made it easy to get the first draft of my pilot outline finished by the end of the five-week course. Aaron was a great teacher and took the time to give us notes on each assignment and further discuss them if we had other questions. He would also open the discussion to the class which gave you the added bonus of a writer’s room experience. So I can happily say this course was money well spent and I hope to take another class soon.

Aaron’s passion for bringing out the best in his students’ work is apparent from the first moment you meet him. He masterfully guides you toward a stronger script, facilitates collaboration, and makes sure you have a blast while doing it. After working with Aaron, I felt like I had a much stronger grasp on how to structure story and collaborate with other writers to produce the best possible version of our work. I now feel infinitely more prepared to take on the professional world of TV writing.