Why Now—A Question for the Pilot, the Series, and the Audience.

You’ve heard this question before, whether it’s in the room during a pitch or flying around in your periphery during networking mixers. The reason is, there are hundreds of shows to choose from, so why should the audience care about yours? A good “why now” can hook your audience from the first shot—it can make them empathize with a character instantaneously, or viscerally pull them into your world from the very beginning.

A good “Why Now” checks at least three boxes:

Why is today different to any other day for your Main Character?

Why is today the day we drop in on our main character’s life, rather than in three years or two weeks from now? What makes today special?

There are some great, clear examples of this. Orange is the New Black starts the day Piper goes to prison. The Buffy pilot starts on Buffy’s first day of school in a new town. The pilot of UnReal starts on Rachel’s first day back at work after a nervous breakdown. The pilot of Unbreakable Kimmy Schmidt starts when Kimmy escapes 13 years of captivity in a bunker and enters the real word for the first time. Notice a pattern? A trick if you’re stuck is to make list of important pivotal or seminal moments for your main character and work from there.

What is the inciting incident that kicks off the series?

This one can be trickier. Sometimes Pilot and Series Why Now are the same — there’s one catalytic event that blows the whole world wide open for all characters. Like in the pilot of Law & Order: SVU, which starts with the first case Detective Olivia Benson gets that makes her doubt if the law she upholds will do the right thing.

Other times, and this is more often than not the case with more character-driven shows, the Pilot Why Now and the Series Why Now are different. In these cases, the Pilot Why Now serves as important connective tissue to get us to our Series Why Now — which is also the series engine. In Buffy, say, the Pilot Why Now may be her first day at a new school, but the Series Why Now, as we all know, is when vampires show up in Summerville. Another great example is the season 2 premiere of American Crime, an anthology series that tackles a new case each season. The Pilot Why Now — that first spark that lights our way to the Series Why Now — is when the photos from the party of Ann Blaine (Lili Taylor)’s son Taylor begin circulating around school and on social media. That is the point of no return; once the images are out there, it’s only a matter of time before everyone will see them. The series inciting incident — the moment that sets all the shit hitting the fan in motion — is when Ann calls to report Taylor’s rape, which is what kicks off the roller coaster ride of the rest of the season.

How does your show resonate with their world?

Another way of thinking of this: What is your relationship to your audience’s catharsis?

This is the most important component of a strong multifaceted Why Now, and it requires some outside-the-box thinking. Many screenwriting books and classes encourage writers to mine their own lives and experiences for story. And while this is a great jumping-off point if you’re stuck, a strong Audience Why Now requires you to be able to bend in the opposite direction and draw from the world outside of your life, your experiences, outside the bubble of the entertainment industry.

Television draws its storytelling roots from theater, which has long been a conduit for discussions about difficult political issues in a safe, somewhat abstracted way. That ancient objective can now be seen in shows like Season 2 of American Crime that tackles school shootings, for example, an issue that is both personal and sociopolitical. It fosrce us to look outside of ourselves, our struggles, and open our eyes to the world around us.

On the comedy side of this coin is Season 2 of Black-Ish, which has tackled issues like gun control and police brutality in the funny but reverent way that only a well-built sitcom can do. The most successful Audience Why Nows deepen the audience’s capacity for compassion without crossing the line into pretentious, which is a fine line to walk, and often where a good writers group or writing class will come in handy. 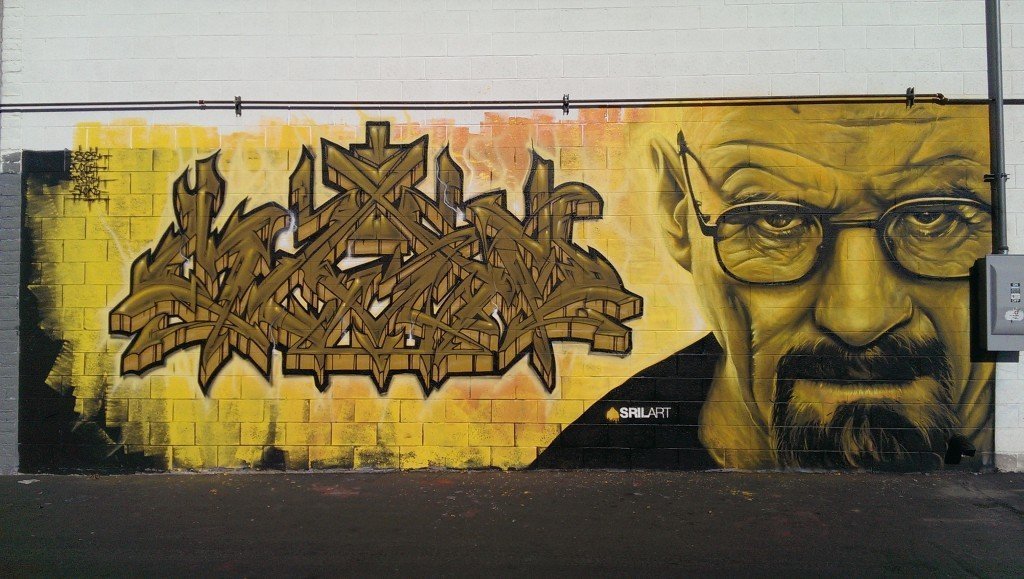 The pilot of Breaking Bad is a technical masterpiece, and its Why Now is no exception.

Right out of the gate, we get the double-whammy of finding out our main character Walter White has cancer and then watching him get fired. Broke, with a terminal diagnosis that leaves him with little left to lose. On top of that, being unemployed essentially renders Walt unable to care for his family; a wife with a baby on the way and a teen son with special needs. This perfect storm of conflict sets Walter White off on what is now widely known as one of the most well-arced journeys in long-form television.

Breaking Bad also has a resonant and unique Audience Why Now in that it paints a bleak picture of how we regard meth addiction and white drug addiction in general plus what is happening to baby boomers as they’re getting squeezed out of the job market.

In Kimmy Schmidt, the Pilot Why Now is Kimmy just getting out of a bunker, but the Series Why Now is her deciding to stay in New York. Broke and on her own in New York City. Her life is her own for the first time ever. Unbreakable Kimmy Schmidt is especially genius because it uses the Pilot Why Now and Series Why Now to take a satirical look at the cruel nuances of our world through the eyes of Kimmy, who’s essentially a child trapped in a woman’s body. The writers use this to shed a light on a lot of conventions of race, class, and gender ingrained in our everyday life.

Nate Fisher of Six Feet Under 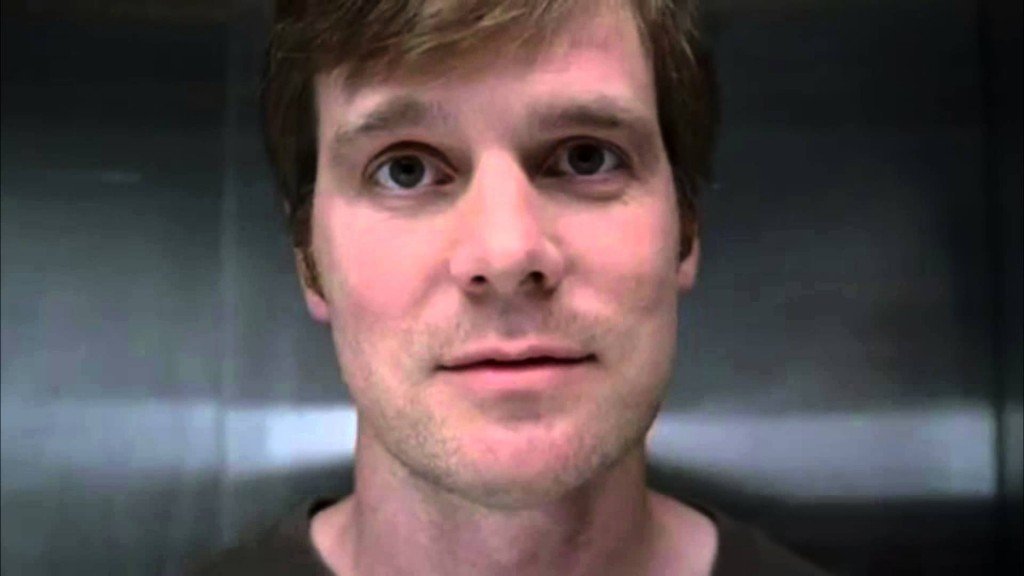 Nate is reaching the age where “making it work” meets “burnout” with nothing to really show for his life: no wife, no kids, a job meant for twenty somethings that promises little stability. When his father dies and Nate finds out he inherited half of the family business, it grounds Nate in the reality of his own mortality; a reality check that ultimately leads him to move back home and learn the family trade. The Audience Why Now of Six Feet Under is a simple but clear and profound one: it reminds us, along with empathetic main character Nate, that life is short and we only get one. 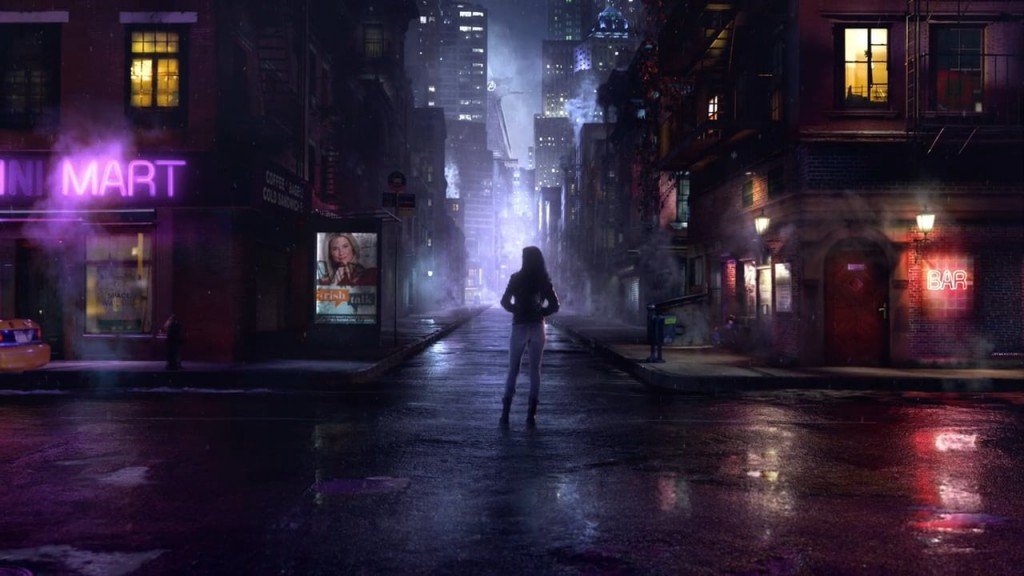 In the pilot of Jessica Jones, the past Jessica has been trying so desperately to outrun finally catches up with her. A former failed Avenger-turned-functionally alcoholic private investigator, Jessica has given up on her dream of using her superpowers to do good on a global scale until the Pilot Why Now stops her: a seemingly routine case, the disappearance of pretty college girl Hope Schlottman, leads Jessica to conclude that Kilgrave, her former captor and mind-controlling supervillain, is still at large. After an internal moral struggle that lasts until nearly the end of the pilot, Jessica ultimately makes a decision that serves as our Series Why Now — she decides to stay in New York and fight Kilgrave, not run and hide like she’d initially planned.

Put yourself in your main character’s shoes and make a list of important turning points in his or her life.

Make a list of ways your character can elevate the stakes and conflict in your pilot past the point of no return.

Make a list of issues that are important to you or things that piss you off. Are you a comedy writer with strong points of view on elderly care in this country? The showrunners of HBO’s Getting On probably are too. Strong point of view about our healthcare system? The writers on The Knick do too.

What you’re passionate about is part of what makes you unique as a writer, so use it.