Series Legs: Then and Now 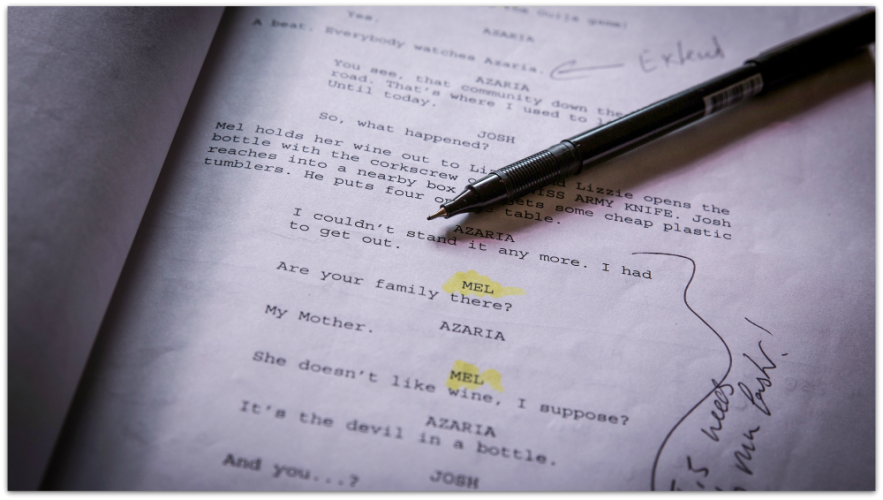 One of the most dreaded notes writers get during the pitching and development process has to do with series legs. Maybe your manager or consultant told you that this aspect of your idea could be clearer. Maybe your development exec loves your pilot concept but ultimately passes on this particular idea because they don’t feel it has clear enough “legs.” What does this mean, exactly? And how do writers fix it?

Series legs are a persnickety but necessary part of a TV pitch. Over the past 5 years, Netflix, Hulu, Amazon, and other streaming binge giants have shifted the industry standard for what gives a series viable legs — or even how long those legs should be. Fifteen or twenty years ago, series legs was all about syndication — making it to 100 episodes meant your show could be widely syndicated, and if you were lucky, you could send your grandkids to college off those back-end residuals. But a recent article about how Netflix’s content curation is changing the back-end game highlighted an important shift in how executives are evaluating series legs when buying content: turns out, most execs at the streaming magnate were only looking for potential for 3 seasons at best when hearing new pitches. So how can writers adjust to this new market while still displaying the technical know-how necessary to make decision-makers take your script and pitch seriously? There are a number of ways to do this, but the shortest answer to this complicated question is by focusing on character: the component that’s always been at the core of TV as a medium. Nowadays, when we think about series with clear and convincing legs, we see 4 clear categories that series legs fall in. And the good news is, as writers, you’re in control of 2.5/3 of them. 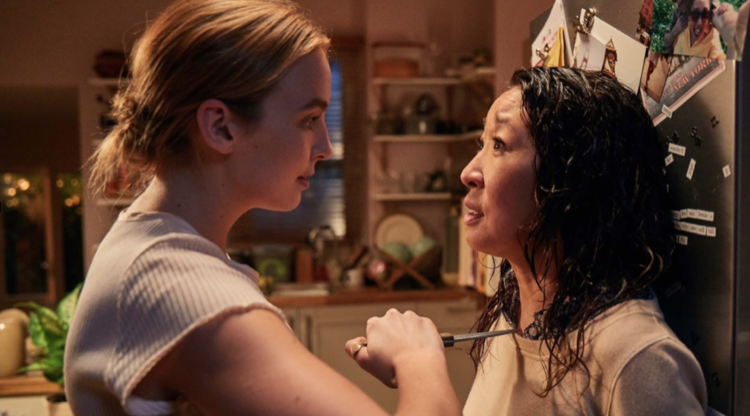 The easiest way to imbue your pitch or pilot with clearer series legs is to beef up the conflict and potential between the characters. In a time when successful TV shows are more high-concept and character-driven than ever, creating a relatable character with a compelling conflict can often be enough to believably take viewers on a 3-season journey. Shows like Dead to Me, Vida, and Killing Eve all get their series legs from characters. Let’s break down how:

Dead to Me: at the end of the pilot, we find out that Judy’s the one who was driving the car that killed Jen’s husband. From that moment on, we’re hooked and coming back for the next episode, and probably coming back for as long as Judy and Jen’s game of vehicular manslaughter cat-and-mouse continues.

Vida is a great example of how building up character conflict creates clear, compelling legs. The writers took great care establishing Emma and Lyn as strangers in a strange land in their own hometown: whitinas, or white-passing Latinas, in a proud immigrant community. By the end of the pilot, Emma and Lyn decide to abandon their plans for their lives for a moment to run the bar they inherited from their mother, one of a handful of locally-owned businesses left in a rapidly gentrifying neighborhood. How will Emma and Lyn reclaim a neighborhood that is, in its own complex way, reluctant to claim them? This complicated exploration of identity, for the sisters and supporting characters in the story, has given Vida long enough legs to be renewed for 3 seasons so far.

Killing Eve is a classic will-they-won’t-they with a fuck/marry/kill twist. What keeps butts in seats for this weekly indie thriller is the constant promise of Eve and Villainelle either getting together or killing each other, whichever comes first — maybe both by the time the show’s all said and done. Some fans have criticized the show’s decision to have Eve and Villainelle sleep together so early in the series, saying it took the wind out of the sails for Season 2, possibly causing the show’s slight dip in ratings. What do you think? 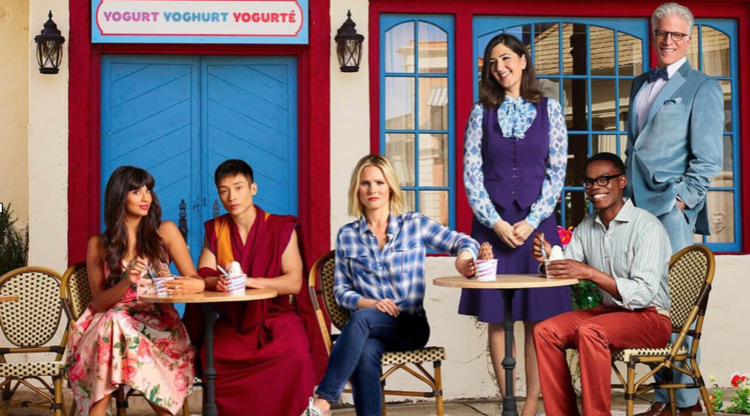 In today’s market, high concept is king, and sometimes a unique conceit (an unusual structural/world convention) is enough to keep people coming back for more. Great examples of this are The Good Place, Handmaid’s Tale, Black Mirror, and this season’s most controversial hit, Game of Thrones. In The Good Place, our main characters must figure out how to navigate the afterlife, a world the writers re-set whenever it best suits the story. The mythology of The Good Place, The Bad Place, and everyPlace in between is so tightly crafter and conceptually sound that the hook in and of itself gives the series enough legs to inspire NBC to buy four whole seasons. Black Mirror’s anthology structure gives it surprising legs. Whether you’re binging the whole season as soon as it drops or just enjoying one episode every couple of weeks when the mood strikes, the show’s structure makes it easy to follow and stay involved in, and the anthology format is also a great way to attract guest stars with recognizable names, like most recently Miley Cyrus. Handmaid’s Tale is set in a world that almost feels too real to some viewers. When Hulu initially picked up the show, they had no idea how closely the themes and rules of the world would align with real-life nightly news, unfortunately, but the unexpected synchronicity has perhaps contributed to the show’s loyal cult following, as viewers tune in every week to see a new premonitory preview of where we’re headed. Sci-fi and fantasy worlds, if they’re well-crafted enough and have enough stakes, can contain enough series legs to keep your idea viable for awhile, an industry precept that Game of Thrones clearly leaned all the way into when planning their 8th and final season. Something that Game of Thrones and Handmaid’s Tale have in common also, however, is they overlap with another key ingredient in strong series legs… 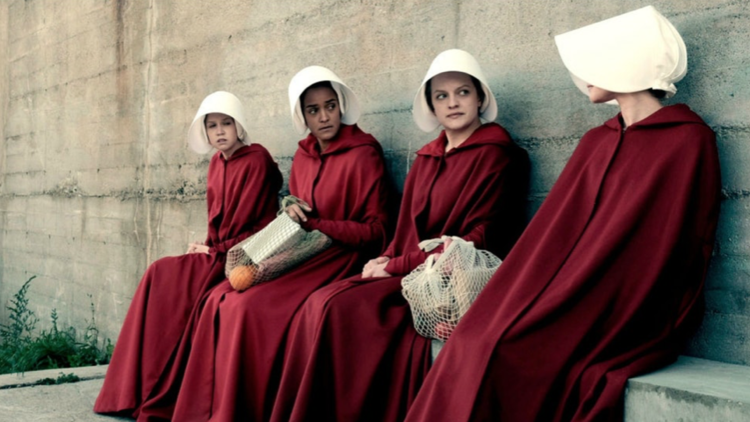 This is perhaps a longer post for another time, but unless you live under a rock and have never read an industry trade, you know that we are in the golden age of IP. Executives love IP, or intellectual property, because there’s already a following baked into the very concept of the show. Handmaid’s Tale and Game of Thrones are both based on best-selling books. Executives bank on the fans of those books being built-in viewers, and in a market where development execs are constantly tasked with answering the question “but will people watch it?” starting with built-in fans of the idea is a great way to convince buyers that viewers will be willing to hang in for multiple episodes.

Before you get too excited and start going through your Goodreads queue looking for pilot ideas, it’s worth reminding everyone that in today’s voracious IP market, all the good stuff is gonna be taken. Probably before it’s even published. Big agencies, studios, and production companies get “book lists” of books in progress of being published so that they can match those pieces of IP up with writers on their roster and announce the book option almost as soon as it drops. Comics and graphic novels are now optioned very much the same way. So what does that mean for aspiring writers who are still working towards making connections with gatekeepers and executives? It means that pre-existing IP that matches your brand might be hard to find, but now is a great time to create your own. (Check out this interview we did a few years back with Kit Steinkellner, creator of the Facebook Watch hit Sorry For Your Loss, who wrote her own comic book series while pursuing other development options). We also have a couple Script Anatomy alumni featured on last year’s Wattys, after their Wattpad novel Elle is Cool Now went viral on the popular self-publishing platform. Finding your way in today’s IP market is all about perspective. Instead of focusing on all the IP you love that you can’t option, why not create your own and get paid twice? We’ll go into this more later on.

It’s an unpleasant and undeniable truth in today’s industry that attaching “a name” to your project in any capacity will give it series legs, regardless of how well those legs are baked into your concept. Take HBO’s Big Little Lies, for instance. The star-studded adaptation of Liane Moriarty’s novel was only supposed to be an 8-episode miniseries, but when the likes of Reese Witherspoon and Nicole Kidman made themselves available for a second season and HBO was able to land Meryl Streep on top of that — well, that star power alone was enough to make HBO order up 8 more episodes. And it would be interesting to see what happened if a relatively unknown writer pitched Russian Doll to Netflix, rather than Natasha Lyone, someone Netflix already knew and loved, with Amy Poehler already attached. To folks who are still establishing their career foundation and securing those first precious credits, these statistics can be dismal and depressing to read. But don’t despair. We are at a pivotal moment in TV wherein women who have been working Hollywood for years as actors are finally getting a fair shot to step behind the camera, meaning talent-based PODS, aka small production companies headed up by actors who want to wear multiple hats, are popping up all over town. It’s not hard to attach talent to your idea — if it’s a good idea. So if you’re not at a place to be setting pitch meetings just yet, focus on crafting an idea so singular, compelling, and personal to you that when you have the opportunity to pitch it to a talent-based POD, they’ll be so inspired by your creativity that they’ll have to sign onto the project.

So that’s a brief overview of series legs today in the binge-watching age. The goal isn’t necessarily to prove there are 100 episodes baked into your concept, as was the case 15/20 years ago. Instead, focus on baking so much conflict into your main characters and dynamic catalyst relationships that it leaves whoever is reading your script or hearing your pitch wanting more… and willing to pay to see it.