Notes—How to Give Them and Take Them 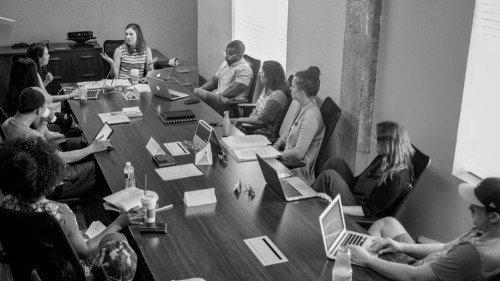 This month, we’re going to discuss one of the most fundamental parts of being a working writer: taking notes and taking them well. Television is, at the end of the day, a collaborative medium. Period. Notes from other writers are required on some shows, the showrunner, the production company, the studio, the execs. Everyone is going to have notes (even when there are “no notes” on a script, there’s probably at least one or two minor tweaks). It’s non-existent or rare to hear — it’s perfect as is, we have no notes. So, one of our goals at Script Anatomy is to help you get used to it.

At Script Anatomy, feedback is a huge part of our training curriculum, whether it’s getting feedback from your instructor or your peers. And of course, not every note is going to be helpful or directly applicable to your project. But where we’ve seen a lot of working writers at various levels fall apart is their inability to take criticism like a professional. Which is one of the reasons we believe that the relative safety of a writing class is a good place to start practicing.

First, let’s briefly discuss the best way to offer feedback. Whenever possible, we like to avoid using phrases like “I like” or “I don’t like.” The writer is not writing to cater to your personal tastes, so not to sound harsh, but there’s an extent to which that’s irrelevant. By offering to give notes, what you’re really offering is your help making the writer’s vision for their work as clear as it could possibly be. So, we like to use phrases like “clear” and “unclear” when we’re describing what’s working and what’s not. It takes personal taste out of the equation and feels more cut-and-dry when you’re speaking about work that might be really personal to the writer. It’s also totally ok to ask questions before giving notes to get the writer to clarify what their intentions are behind a particular story turn or character choice. In TV, one is taught not to give constructive criticism without offering a pitch or fix, but sometimes it’s helpful, especially in the development phase, to drill down what the writer’s vision is before offering pitches. Even if you think your pitch is amazing and would make their story way better. It’s not about you.

As a writer, getting notes is something you’ll be doing your entire career. Whether it’s from your writers’ group, script consultant, a development executive, a network executive, or your showrunner, it is a reality of working in the business that we recommend getting not only used to, but grateful for. Some notes will be insightful and amazing and completely blow your idea wide open into something bigger and better. Other notes will make you privately scratch your head and ask “what the FUCK?” Regardless, keeping a stiff upper lip and remaining professional is paramount. When a writer can’t take notes, you best believe that word travels fast.

A good thing to practice in writers’ group or your Script Anatomy class is not talking back to folks giving you notes until your feedback session is finished. One of the bad writer habits we absolutely hate is The Writer Who Talks Back. Cutting people off constantly with replies like “Oh, well actually I was going for _____,” “Oh, well actually that will come up in Act 3” is just another polite, well-educated way to sound defensive, and everyone can see through it. If the note isn’t helpful to you, or you’re planning to address it later on, just write it down and move on. Or consider, perhaps, that your story trajectory maybe isn’t working as well as you thought and try moving some beats around. This is not to say you can never push back. This is just to say that if you push back all the time, your push-backs lose momentum and meaning. If you’re in a writers’ group or a class or a more recreational environment, remember, you don’t have to take every single note. In general, it makes you look more professional and gracious if you are just grateful for people offering their feedback in this context, not ready to argue with them at every step.

Another rule of thumb we like to tell our students is if you’re getting the same note from multiple different sources, consider implementing that note, even if you disagree. Or try to figure out what “The Note Behind the Note” is. Because if multiple people are bumping on the same aspect of your story or character, it’s a sure sign that something you’re doing still isn’t clear.

Another writer who nobody likes to give notes to is The Writer Who’s Too Attached To “How It Really Happened.” This is a tricky one that we come across all the time, especially at this moment in the industry where your personal story is such a professional currency. Lots of writers develop semi-autobiographical or autobiographical material, and we understand that it can feel even more personal than normal to get feedback on this type of writing. But we advise folks to remember that, for the most part, people who offer you feedback are doing so because they want to help you tell a better, clearer, more commercially viable and compelling story. And sometimes that requires taking creative departures from the truth or the source material — even when that source material is your life. A good rule of thumb we advise everyone to abide by is: never let the truth get in the way of a good story. Whenever and however possible, try to remember that notes exist most of the time to help the project, not hurt it. Executives you’re developing with are giving you notes because they want to help give your project the best chance in the marketplace — sometimes that means taking some detours from whatever the “original” story is that you’re telling. Of course, if you’re working with someone’s life rights or a news story, you’ll want to stay as faithful to your source material as possible — but there’s nothing wrong with juicing up the characters, relationships, or even moments along their journey a little bit to make it commercially viable. Take the movie The Favourite, for example. There are aspects of the film and the Queen’s relationship with Lady Sarah that are highly speculative — but the story of their affair is so compelling and feels so real that it’s hard to care (and besides, centuries-dead people can’t exactly sue you). We know it’s hard to envision a story you’re really married to as something different, but that’s what feedback is for: to offer you a fresh, outside perspective.

Conversely, it’s also really important to avoid becoming The Writer Who Writes to Please Everybody. While taking notes with grace and professionalism is important, your name is ultimately the one going on this script, and your point of view is unique for a reason. If you get a note that feels deeply oppositional to your vision for your story, it’s ok to not take the note. Even in a development context. There are ways to push back against a note that are still respectful and grounded in loyalty to telling the best possible story. The best way to do this is be very clear about your point of view as a writer and the thematic journey of the story you’re telling. If you’re developing a pilot and get a note from your executive you deeply disagree with, it’s ok to ask them to explain where they’re coming from or explain your apprehension to take the note as long as it’s grounded in a clear trajectory in your script. We think that, in a development context, you maybe get one or two opportunities to push back against a note before you risk coming off as combative or hard to work with — as long as you’re respectful and grounding your objection in what’s best for the script. If you choose your moments to disagree with or question a note, and do so articulately and professionally, you never know — it might lead to a creative dialogue that results in an even better fix. I’ve definitely seen, heard, and experienced writers who are so desperate to get a show on the air, they will take any and every note which is basically sacrificing your vision for the show. It is a much more painless death to die by your own sword than someone else’s. 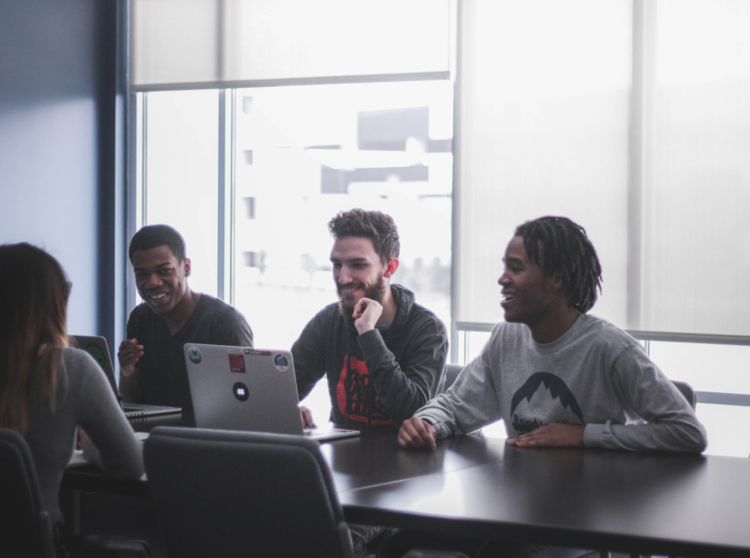 We hope this is helpful to you as you move forward in your writing process. We strongly believe that feedback is always your friend. And if you want to write on a staff of a TV show, feedback will be a constant and necessary part of your process, whether it’s friendly or not. And sometimes it’s not — there are execs at the high-end network or studio level who do give ridiculous notes just to hear themselves talk. Or to adhere to strict network or studio brand mandates. Sometimes there’s not always a reason behind the marching orders you get, disguised as “notes.” So that’s why we feel it’s important to practice listening to and considering feedback from the jump. We believe that classes and writers groups are safe places to explore taking notes as a necessary and fundamental skill. That’s why we build feedback into all of our classes at Script Anatomy and encourage you to keep exchanging feedback when you leave class. You won’t love all the notes you get, ever. But at a certain point in your career, you won’t have a choice but to take them anyway. We hope all of you get to this point because it means you’re preparing to have an episode of TV you wrote get made. But when you get to that point in your career, we want you to be ready. Which means learning how to take (and give) feedback well now.