Margaux Froley spent two years at boarding school in England. She may never be able to pronounce aluminum correctly again. 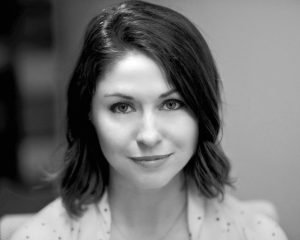 A native of Santa Barbara, she has created a multi-pronged resume in the entertainment industry, as both a TV writer, a development executive and an author of YA fiction.

A graduate of film school at the University of Southern California, she became a fellow of the Warner Brothers Writers Workshop, and then a TV staff writer on Privileged (CW).

Margaux moved to New York to become Director of Development for scripted and non-scripted series at MTV Networks, and she wrote a series of mystery YA books with Soho Teen/Random House.  The first in the series, Escape Theory, was nominated for an Anthony Award for Best Young Adult Mystery.

In 2017, she was voted to the 100 Young and Hungry List.  She has been a Writers Guild Access Project honoree and a The Writer’s Lab fellow for her drama pilot, Kat and Mouse.

She currently has a thriller pilot in development with Amasia pictures, and she has written three Lifetime MOWs from their “Ripped from the Headlines” slate, the most recent “Let’s Get Physical” airs in October, 2022. She recently sold a MOW to Hallmark Movies and Mysteries, co-writing with her husband, Joel Dovev.

Margaux is repped by Industry Entertainment.

I took the Televisionary class with Margaux right when I moved out to LA and it was by far the best decision I made. Not only does Margaux give incredible notes and amazing insight, but she creates such a welcoming and chill environment that fosters even more creativity.  I continue to use the televisionary tools every time I break a new pilot. Can’t recommend her enough.

I don’t submit anything until Margaux gives me her feedback. She’s honest, constructive, and incredibly insightful. Everything I’ve written improved substantially after rewrites due to Margaux’s keen ability to zero in opportunities to improve character, theme, and emotional impact. She’s great and she can help you make sure that your scripts are the best versions of what you’re trying to express. For a writer, it’s the ultimate gift.

Margaux continues to be a mentor in my writing career. I’m now part of the writer’s room on “The Chi” (Showtime) as a Showrunner’s Assistant, and the script I submitted for that position is the one I worked on in her course. The attention and insight she provided when addressing my work, as well as the course work and camaraderie of her class, is something that continues to pay off. My first feature-length movie credit as a Writer’s Assistant will be premiering in 2020. I appreciate Margaux every time I refer back to the world-building tools and techniques that she shared as I continue to create and edit scripts.