Lauriel had dropped out of high school, moved to LA, been signed to a record label, gone to rehab, and moved back to Hollywood when she sold her first pilot at the age of twenty-three. 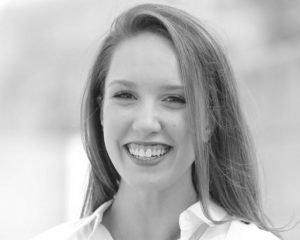 After a failed run at becoming a teen pop star, she could’ve done the logical thing: called the folks at Wake Forest University, (where she’d previously been accepted to study neuroscience and anthropology on scholarship) and beg them to take her back. Instead, she moved home to New York and pitched music video treatments by day, while working on her first script by night.

Armed with a script (and a questionably obtained GED), Lauriel spent a year in pursuit of an ad hoc education. Couch-surfing in London while enrolled in a playwriting program at the Royal Academy of Dramatic Art, before living on a futon in Somerville and crashing classes at Harvard. When faced with applying to film schools or taking her sample back to LA, she decided to take her chances and try to make it in Hollywood… again.

Luckily, a few meetings turned into pitches—and Lauriel sold a YA drama pilot to YouTube Red, a half-hour dramedy to British studio, Character 7, and was hired as a staff writer on Prodigal Son (Fox). Lauriel was promoted to story editor on the show’s second season, while creating and writing a short-form series for Quibi. She is currently serving as an executive story editor on Nancy Drew (CW).

She is repped by Sugar23, Patti Felker and Chris Abramson, and WME, and shamelessly promotes whatever show she’s working on on Twitter, @laurielmarger.

Lauriel was nothing short of amazing. I loved every minute of working with her. She truly has guided me and given me the right advice to shape my shows. I rewatch her classes and notes from time to time. I recommend her 1000%. I also have to attest to her adaptability to work with the different students. She was able to immerse herself in the world of each students’ show and clarify the structure.