At the age of five, Kevin Townsley wrote his first story in crayon on the eggshell-white-walls of his parent’s bedroom. They praised him for the story, but grounded him for his choice of medium. 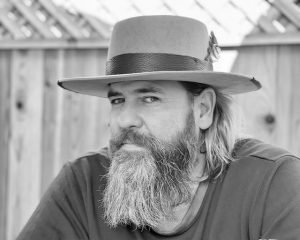 Since then Kevin has continued to color outside the lines, selling multiple pilots, reality shows and a web series. He has been staffed on several comedies (GOOD TIMES, Netflix) and drama series (LIE TO ME, Fox), and has also written two comic books and a novella. Kevin is a writer’s writer, and an agent’s staffing nightmare because no one knows what box to put him in.

As an assistant Kevin worked on over a dozen shows and various pilots before he landed on Shawn Ryan’s desk. He assisted Shawn Ryan and Marney Hochman for Shawn’s production company MIDDKID PRODUCTIONS (THE SHIELD, TERRIERS, THE UNIT).  This is where received his “Masters in showrunning” from watching Shawn run multiple shows simultaneously all while developing new shows.

Kevin graduated from the The University of Arizona (The Harvard of the Southwest, or at least that’s what he tells him mom) with a double major in Cultural Anthropology/Spanish, and he’s traveled and lived in 27 different countries. Kevin recently spent a year living on AIRBNB all around Los Angeles before he settled into the mountain enclave of Topanga, where he now lives in a yurt.

Kevin was very helpful at every stage, and was supportive of everyone’s work. He fostered a pleasant and encouraging learning environment.

Televisionary gives you the tools to grow that seed of a TV show idea that’s been twirling in your head into a full grown plant. Kevin Townsley is an exceptional instructor who becomes your script’s best and most supportive best friend. Like a BFF, he tells you what’s not working and rolls up his sleeves to help you come up with a fix.

Not only was Kevin an inspiring and patient teacher of the excellent Script Anatomy material, but his ability to complement that material with real-world anecdotes from his own experiences in TV writers’ rooms really made the information come to life. The pilot I’m working on is in much better shape since attending the Televisionary Writers Workshop!