At fourteen, Jim’s family moved from Long Island to Connecticut, from a place where people spoke too loudly to one where they wore boat shoes with pastel pants. 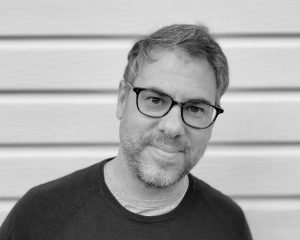 It was a culture shock, so Jim turned inward, writing stories, making short movies and obsessing over Eddie Murphy and the Rocky franchise. He started writing for the local newspaper, The Connecticut Post, and then on a late-night news show, Up To The Minute (CBS).

After graduating from Northeastern University, Jim moved to Los Angeles to pursue writing. He worked in unscripted television at World of Wonder productions, first as Assistant to the Executive Producers before becoming Head of Development, writing an endless stream of show proposals. But his desire was to work in scripted TV and eventually Jim landed at Lost (ABC), starting as Writers’ PA, then Writers’ Assistant, and was ultimately bumped to Staff Writer in the show’s final season.

Jim has since written for the Hawaii Five-0 reboot (CBS) and the sci-fi family series Beyond (Freeform). Jim writes pilots of all genres, paying special focus to character interaction and sharp dialogue. Look hard enough and you’ll find the Eddie Murphy and Rocky influences in his work.

Jim’s structure lab was an extremely worthwhile experience! Getting to workshop other people’s projects as a group, in addition to my own, really helped me understand the principles of story. I especially enjoyed working with Jim one-on-one to prepare my beats for my week in class. He was incredibly patient, kind, responsive, and supportive as we went back and forth through many different iterations of my beats. I would highly recommend this class to anyone looking for a great way to work on structure and practice being in a writers room.
— Teresa Tuan

Jim Galasso was an utter blast to work with. He went so far above and beyond what the class called for and his investment in everyone’s success was absolutely palpable. Grace and pinpoint precision characterized all of his notes and guidance; and each class felt like a living, breathing, working writers room with ample space for conversation and immaculately cultivated collaboration. I’ll truly treasure the experience of being taught by Jim and will carry the knowledge he imparted far into the future. Certainly, I’ll be tripping over myself to work with him again at the first opportunity. He is encouraging, caring, a trove of knowledge, and a true gem of a person.