Growing up in St. Louis, Howie wanted to be like the Cardinals shortstop Ozzie Smith. After many failed backflips, he decided to become an astronaut instead. 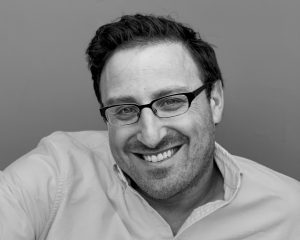 Howie is a comedy writer who has been staffed on Let’s Get Physical (Pop) and Gigi Does It (IFC), written jokes for the TBS game show The Misery Index (TBS), and did a punch-up on Stephen Merchant‘s feature, Fighting With My Family (2019). Howie currently works with Judd Apatow on writing, researching, and producing his TV & feature projects.Howie has been a part of mini-rooms for two upcoming projects as well.

Before comedy, he was a commercial real estate broker. When the market tanked in 2008, he moved to his friend’s couch in Chicago to begin life as a sketch and improv comedian. After writing and performing in countless sketch shows with The Second City Theater, iO Chicago, and Annoyance Theater, Howie took the plunge and moved to Los Angeles, where he started out as a writers assistant on Community (ABC), Hello Ladies(HBO) and Trophy Wife (ABC), the last of which got him his first script.

Howie was selected for the Young & Hungry List in 2019 and was a Fox Writers Lab finalist in 2016 and currently has two half-hour comedies in development with the producers from SCHITT’S CREEK. Still a big baseball fan, he plays in two leagues, collects PEZ dispensers, and dotes on his three kitties: Gretyl, Musie, & Bunnypenny.

Howie is represented by THORO Artists and attorney Bruce Gellman. You can follow him @howieekremer.

I highly enjoyed SA’s class with Howie. I learned so much from him about what the process of a writing room feels like, as well as, the process of what writing a comedy TV pilot entails. Howie was really great at taking each writer’s work and individually comment on it to the point that all of us felt we can use that in our own work. He worked with us in a way that nobody felt pressured or like an amateur. We were all treated as if we’ve been working in the business for years, even though we had many questions! I trusted that Howie only had good intentions for my pilot to work out. Personally, I love SA’s classes and feel so confident, as a student, knowing that all the instructors are working writers and will offer advice and suggestions based on what is current. I have recommended so many friends for the classes and I look forward to studying with SA in the near future, and to contributing my future writing jobs to you! 🙂

Howie was equal parts, teacher, mentor, and friend. His teaching style is warm and conversational, and each lesson was memorable because it was chock-full of advice and humor. The best part is that after the course, Howie remained a resource, helping with guidance and counsel.
He’s a great teacher but also a superb human being.

I loved taking the TV Spec & Pilot Draft Intensive with Howie. He showed such care and dedication to every student and created a wonderful classroom atmosphere even though we were online. He provided us with tangible, repeatable tools and exercises that we could carry with us in the future. I even met my writers’ group in that class!