A native of Kingsville, Texas, Hollie Overton headed to the Big Apple at nineteen, lured by the bright lights of Broadway. 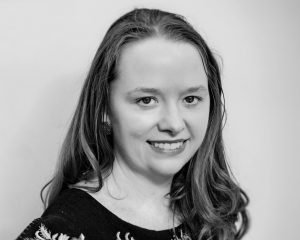 Unfortunately, two left feet and no vocal ability left her with limited options beyond waiting tables. So she came to Hollywood, determined to write her own story. While she took classes and wrote TV spec scripts, Hollie continued to expand her resume of mind numbing survival jobs until she landed a spot in the Warner Brothers Writers Workshop.

Hollie is a TV Writer, and best selling novelist. She’s currently a Co-Executive Producer on the CW’s “All-American: Homecoming, a spinoff to the hit show”, All-American. Other credits include Kevin Williamson’s Tell Me A Story on CBS Access, Shadowhunters, and Cold Case.

Hollie is repped by MetaMorphic Entertainment and Verve.

I didn’t feel that I was taking a class; I felt like I was in a Writer’s Room. Hollie led me through my script development like a Showrunner, empowering me with Script Anatomy’s vital tools. She zeroed in on parts of my project that subconsciously — I knew weren’t working. Her insightful notes are sharp-edged, but delivered in an easy-to-take manner. Hollie’s enthusiasm for each student’s project shines through.

Hollie Overton really understands the way a writer’s brain works and how to provide a positive environment that her students can thrive in. From the very beginning I felt comfortable throwing out whatever pitches came to mind. I never felt judged. Hollie listened to my ideas, gave me thoughtful encouragement and then challenged me to dig deeper!  She is a perfect balance of nurturer and whip-cracker. When I was lost, she was always ready to advise but she never let me off the hook! You may walk into her class confused but I guarantee you’ll leave with a sense of enlightenment. I have grown so much as a writer since I took her class!

— Danielle Bauman, writer NBC's "THIS IS US"

Hollie was extremely exceptional at delivering what worked and didn’t work, but leaving it to you to make the final decision on what stayed in your script. I never felt like I was in a student/teacher environment and for me that made all the difference. Because she incorporated her own personal experiences as a working writer into her lessons, my writing goals didn’t feel that far out of reach.