Gabby Revilla Lugo is a Latinx TV/feature writer-producer-director. A collector-of-hyphenates. 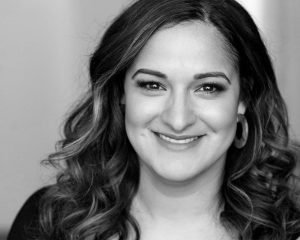 Originally from Nicaragua, Gabby moved to DC, and started her career in the music industry, producing concerts for musicians and comedians. After collecting no end of rock n roll stories—like paying a musician his million-dollar fee in cash—she found her first writing job, as a researcher for Martin Short’s Broadway Show, Fame Becomes Me. A gig at MTV followed, producing shows like TRL, Mi TRL, the Movie Awards, and then she went to Fox to produce The Wendy Williams Show.

She then began to produce scripted TV and film, producing the oddball indie, Drunk Wedding (Paramount Pictures) and then other indie darlings, like Fat Kid Rules the World (Audience Award at SXSW, 2012), and Damien Chazelle’s short, Whiplash, (Jury Selection Prize at Sundance, 2012). She then launched her own production company, Revek Entertainment, which handled physical production for movies like Molly’s Game, The Gallows and Holidays. Along the way, in 2013, she was hired by Relativity to write the feature This Year’s Girl, and then sold a pilot called, The Fingerlings. In 2014, she graduated from the Fox Writer’s Program, and in 2020, from the Disney Writer’s Program too.

Most recently, Gabby produced the Sundance Film Festival hit, Palm Springs, starring Andy Samberg, and also Melissa McCarthy’s upcoming movie, The Starling, which just sold to Netflix. Meanwhile, as a writer, her film Illegally Brown was optioned by Marginal, and she was hired by Daniel Wagner (Fortitude/Bitfost) to write the thriller script, Violation.

She is currently a writer on the hit ABC network drama, A Million Little Things, and finishing her first book, Carnaval.

Gabby is more than an instructor, she’s an inspiration! I signed up for this class looking to gain some structure for my writing. But I got a lot more than just practical knowledge. Gabby teaches storytelling, of course. But she also encourages the kind of bravery and persistence that it takes to do high-quality work.

I took the six-week intensive class with Gabby after I heard her on a webinar Script Anatomy hosted about PALM SPRINGS which I loved. She was a delight, full of heart and knowledge. The classes were challenging, but she has a way of explaining difficult concepts and be so encouraging you can’t fail. Between classes, she was accessible for questions and was invested in each person’s project. By the end, we felt like a team cheering each other on. I finished with a stellar outline I couldn’t have done myself. I’m definitely going to take her first draft class to complete my script that I am more committed to than when I started.

I’d never written a feature on my own, so I signed up for Gabby’s Feature Development Lab, hoping to learn more about feature structure. In short, the class completely exceeded my expectations, thanks to Gabby. Not only did she teach us about structure, but we also had weekly lectures and development worksheets to help us prepare to write our outlines. Gabby quickly became more than a teacher to us— She was a mentor/writing guru/therapist. She was always available to us in between classes to help us with our assignments, or to just pump us up when we ran into challenges. Her dedication to both us and the stories we were trying to tell was incredibly motivating. In the end, I left the class with a solid outline, and now feel prepared to start writing my first draft.