What Should I Spec? 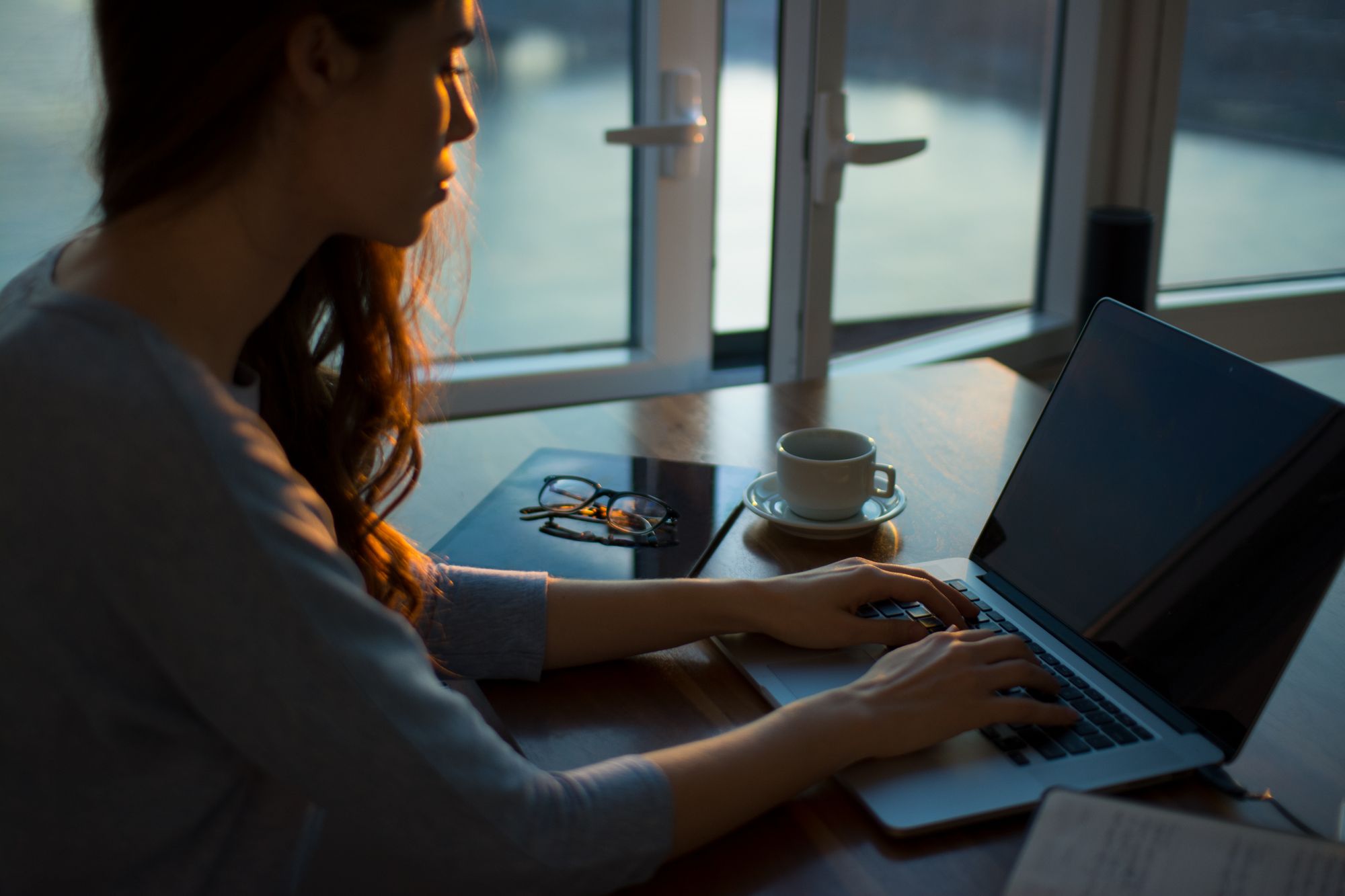 As always, the year is flying by, and here we are in mid-March — aka time to really get cooking on your Fellowship season spec, if you haven’t already. Choosing a spec is often a stressful task. You want to pick a show that isn’t too long in the tooth, has a good reputation for being high-quality, showcases your brand and voice, and showcases your ability to adhere to a showrunner’s vision. Also, it should ideally be a show you love, or at least really really like, because you’ll have to be watching and reading a whole lot of episodes to break down the formula and storyline balance as you break your own spec.

So if you haven’t settled on a show by now, we do advise making the choice soon, so you have time to get thorough notes on your spec before all the deadlines roll around. Most of our faculty and staff here at Script Anatomy are alumni of at least one major writing fellowship, so it’s safe to say they have climbed the fellowship season mountain a few times at one point or another. We polled some of our instructors about what they would spec if they were applying to programs this year, in case their insight’s helpful to any of you still on the fence.

Nora Nolan, Warner Brothers Writers Workshop alum and writer on NBC’s TRIAL AND ERROR and Netflix’s PARADISE PD, says “I would write a SUPERSTORE spec. What I look for in a comedy to spec is a really clear structure so that I don’t have to spend too much time dissecting multiple episodes to understand the patterns. I’d rather have a show with a clear structure so I can come up with simple stories to hang good jokes on.” This is great advice for writers with strong joke skills, especially if you have a very clear idea for an episode and aren’t afraid to swing for the fences.

Zach Ayers, of Freeform’s SIREN and BET’s AMERICAN SOUL, says “I think the what-to-spec decision is primarily about personal brand. Personally, I’d spec a PATRIOT, but if you’re looking for a spec that has the most broad-based staffing and fellowship appeal, a GOOD FIGHT or a MARVELOUS MRS. MAISEL might be it.” Zach’s advice brings up a crucial point, which is how much knowing your brand will make a difference in your fellowship season experience. We talk a little more about that in an earlier blog post here. Don’t write the show you think Fellowship Execs will want to read. Write what best allows to showcase who you are — as long as it’s on those dreaded drop-down menus.

Aaron Vaccaro, of MIKE & MOLLY and SUPERIOR DONUTS, says “If I was going to write a spec of a show, I would write a spec of BARRY, because my sense of humor aligns with the dark comedy of that show, it’s also a second season show so it’s in that sweet spot of not being in danger of cancellation as well as not being over-specced, and lastly I think NoHo Hank is possibly the funniest character on TV currently and would love the challenge of putting words in his mouth.” This is a great choice for Aaron, because a) he loves it, and even better, can articulate what exactly he loves about it, and b) has chosen an edgier show that’s high-concept and fresh and, most importantly, hasn’t been overdone yet.

Hollie Overton, who teaches our Spec Lab, Fellowship Bio & Essay Workshop, and also has a brand new Fellowship Boot Camp workshop coming up next month, brings up another good point: pick a show that clearly communicates what you’d like to be staffed on. “Of course writing on a show you’re passionate about is important and also a show that reflects the type of writer you want to be. I love dark, edgy shows with complex characters so I’d probably pick YOU, OUTLANDER or PEAKY BLINDERS. For writers who want to show a comedic and dramatic side, I’d pick MARVELOUS MRS. MAISEL.” For most of you applying to programs, you have yet to get that first staff writer job. While that’s an incredibly frustrating position to be in, it’s also an opportunity for you to write your own prescription and start sending clear messages about what jobs you’d like to go up for. 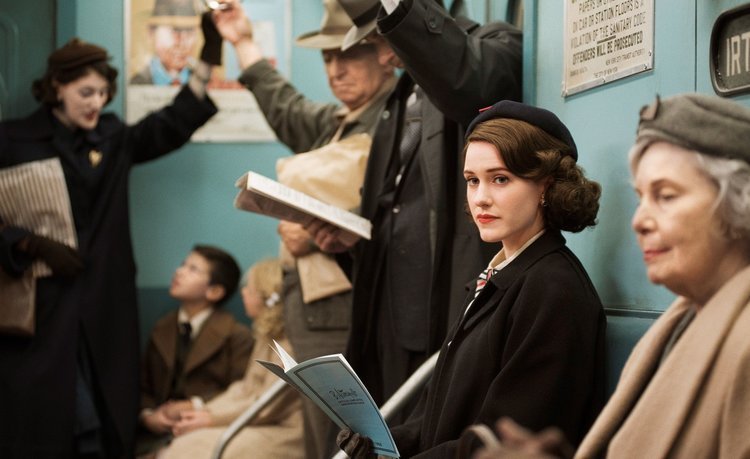 Katie Gruel, formerly of TNT’s PERCEPTION, is currently teaching our one-hour Pilot Lab. She says “If I were a comedy writer, I would shoot for THE GOOD PLACE. It’s a unique half-hour, because it has a lot of plot, so it could showcase that you can write both plot and comedy. It also is a show that takes big swings story-wise, so you have a lot of room to do that too, which is ideal when you’re writing a spec script – you want to pick an idea that will be memorable. If I were a drama writer, I would choose CASTLE ROCK. It’s a popular show, that many are familiar with, and you can also take big swings story-wise in your script. These are also both shows that are on the WB approved list.”

An important point that Katie makes here is picking a show that allows you to take big swings story-wise. For many of these programs, in order to get in, they’ll also read a second sample, usually a TV pilot. So while structure is important in a spec, there’s no need to bend over backwards to demonstrate your ability to do 5 or 6 serialized storylines, or non-linear narrative. Your spec is the opportunity to show that you can write a bang-up episode of somebody else’s show; your ability to mold your voice and talents to best fit the needs of the show.

Ali Laventhol, most recently a Supervising Producer on ABC’s A MILLION LITTLE THINGS, gives insight from a very unique perspective indeed: in addition to being a fellowship alumni herself, Ali’s also been a reader for NBC Writers on the Verge several times. So she offers additional insight from that point of view. “I’d probably spec YOU because I love the tone of it, it’s well-written, the relationships are interesting, and Joe Goldberg has so many layers to him. It’s also a show that a lot of people seem to know and like, which can end up making a difference when readers are under the weight of a large pile.” 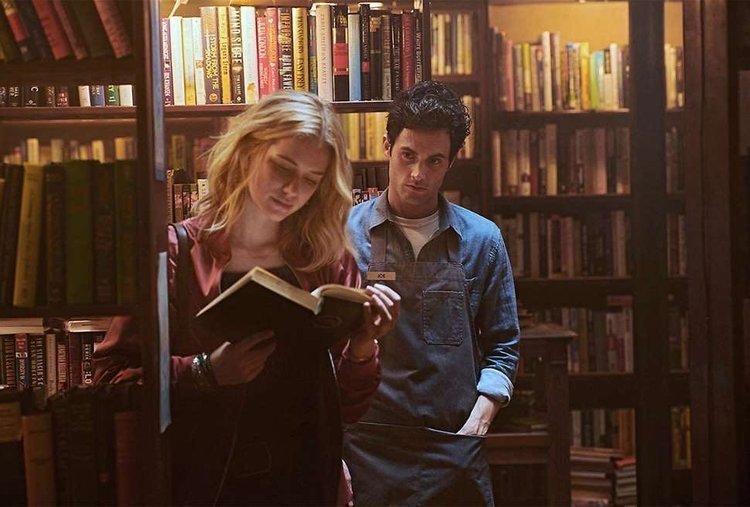 This is also something important to consider if you’re on the fence between two shows. If you’re a comedy writer trying to choose between a popular show like SUPERSTORE that just got renewed for its 5th season or a show like GROWN-ISH, which definitely has well-known characters and a strong following, but is only in Season 2… consider the fact that the advantage of the road less traveled is there may be less specs in the pile for readers to compare it to. And less of an opportunity for those readers, who typically read multiple years in a row, to stop and go “Oh, I remember the last time someone did this A story.” Likewise, if you’re a drama writer and torn between something like a HANDMAID’S TALE and something like a KILLING EVE, consider the massive popularity of HANDMAID’S TALE, which has had one more season, and also consider the tone. It’s a heavy show. If you have a strong, singular idea, and can get it done in under 60 pages, then go for it — but know that chances are, because of sheer numbers, unless your idea is incredibly singular, it likely won’t be the only version in the stack. There will be a lot of HANDMAID’S TALEs. Readers often get swamped under piles of 50 or 60 specs a year to read. You want to make them say “Oh this looks fun, I’ll read this next,” and not “Oh no, not another one of these, I’ll get to it later.”

We hope that hearing from some of our experts has been somewhat helpful. If you’re still torn between two or three different spec ideas, ask yourself: what tells the most exciting story? Which of the ideas you’re torn between has the clearest A story? The clearest character journey? The clearest theme? That’s the one we’d ultimately advise you to go with. The most important thing at this point is a spec with a clear, exciting story that’s well-told. And what you need for that is time! So make your pro-con lists, meditate on it, go for a run, do whatever you have to do to decide — but get to work! And don’t forget we’re always here to help.