Ashley Soto grew up with 5 siblings, a mom with 16 siblings and a grandma with schizophrenia. She has stories for days. 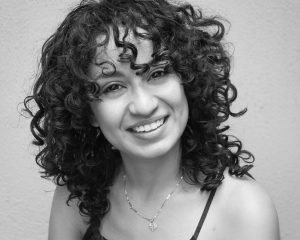 A Mexican and Afro-Puerto Rican native of El Paso, Texas and a former high school teacher in Mississippi, Ashley currently writes on THE PROUD FAMILY: LOUDER AND PROUDER (Disney+) and before that on VIDA (Starz) and FAST AND FURIOUS: SPY RACERS (Netflix).

Serving as Co-Executive Producer, Ashley currently runs and will be co-directing a scripted podcast for Broadway Video and Audible, and she’s also developing projects for Disney+.

She was recognized with the CALI Catalyst Award by the Center for Cultural Innovation for her work co-founding #RaisethePercentage, a grassroots initiative that connected working TV writers with emerging Black/Afrolatinx writers in order to reduce barriers to access in the entertainment industry.

A graduate of Amherst College, she is repped by Circle of Confusion.

Ashley was great, super organized, knowledgeable, and encouraging. The process really made what has been kind of intuitive clearly spelled out and replicable. Also, the step by step process helped to make sure each element was clear and necessary and how they fit. Getting feedback helped to expand ideas and also pointed out what wasn’t clear or what needed to be fleshed out, or different lines to pursue. I was really intimidated coming in but felt supported and encouraged the whole way through. Thanks!

Thanks to the Script Academy class, I learned the fundamentals of structuring my teleplay. When I began the class, I had no idea where to start, but now I have the tools to take any idea and turn it into a teleplay. And thanks to my instructor, Ashley Sotto, I also worked with someone who’s currently in the industry and who could share real-life examples of how to break in and build a career as a writer. Thanks for the opportunity!

I just finished Ashley Soto’s Televisionary Course and Ashley was a fantastic teacher. I learned a lot from her and the Script Anatomy curriculum. She was very patient with us and provided thoughtful feedback for every single homework assignment. Looking forward to taking a future class at Script Anatomy!