Alyson Feltes (Aly) has been a writer/showrunner in Canada, South Africa and the U.S. Now in New York, she is teaching Script Anatomy’s first classes on the East Coast. 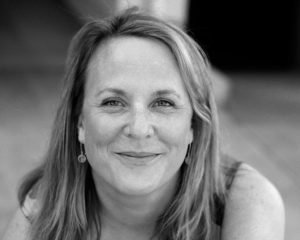 Aly is currently an Executive Producer on Angels of Darkness, forthcoming on TNT, and she’s adapting Chelsea Clinton’s She Persisted books for a YA audience. Prior to that, she was was a Co-EP and writer on Ozark (Netflix) for two seasons, during which time she delivered a pilot script for a one hour drama to WBTV and NBC.

She co-created Flash Forward for The Disney Channel and The Associates for CTV. She co-ran Traders for three Gemini award-winning seasons (including its two best dramatic series nods). Aly was showrunner-in-residence at The Canadian Film Centre, creating a mock story department for a one-hour drama based on her original pilot script. All her graduates are now working writers.

After relocating to Los Angeles, Aly became a Co-EP on Mental, a one hour-drama produced in Bogota, Colombia for FTVS and Fox and was a Consulting Producer for the The Firm (NBC/Sony International).

She is represented by Ensemble Entertainment.

Working with Aly in Advanced Spec Lab was invaluable – her notes were smart, honest and encouraging. I always left class feeling elated and super jazzed to implement her helpful feedback. Her notes were just so amazing! I also appreciate that she’s a working TV writer/producer, and her generosity in sharing some behind-the-scenes insight with a room of new writers. She’s like a cooler, hipper fairy godmother who will dust magic over your script. Highly Recommended!

I really enjoyed Spec Lab with Alyson and I know I would not have ended up with as strong of a script without her guidance. I really love Script Anatomy classes! I get so much out of the tools and tasks and I find myself and my work pushed miles ahead of what I could do on my own (and much further than what I’ve experienced in classes elsewhere).

Aaron’s passion for bringing out the best in his students’ work is apparent from the first moment you meet him. He masterfully guides you toward a stronger script, facilitates collaboration, and makes sure you have a blast while doing it. After working with Aaron, I felt like I had a much stronger grasp on how to structure story and collaborate with other writers to produce the best possible version of our work. I now feel infinitely more prepared to take on the professional world of TV writing.