At 13, Ali sent her first screenplay—an adaptation of Confessions of a Teenage Drama Queen—to New Line Cinema. They picked another writer to pen the Lindsay Lohan movie that to this day Ali refuses to watch. 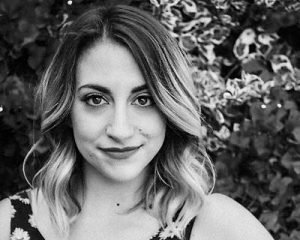 But she didn’t give up on her dreams that easily. She studied Politics, Film and Theater Arts at Bates College, followed by the Columbia Publishing Course at Columbia Journalism School. On the day she left, she started her first writing job as a journalist for BuzzFeed News.

Ali spent her nights and weekends in NY taking improv and sketch classes at the UCB Theater, and writing and producing short films. Her first short, EXES, went viral, earned a Vimeo Staff Pick, and led to Glamour Magazine hiring her to create a web series. BuzzFeed moved her to Los Angeles to write, produce, and direct for the newly minted BuzzFeed Motion Pictures. Since then, her extensive narrative short form work has garnered over 500 million views and has gone viral in virtually every space, from the front-page of Reddit to NBC’s Today Show.

Ali then worked as a Field Producer for The Daily Show spinoff The Opposition w/ Jordan Klepper (Comedy Central), where she traveled the country writing, directing, and producing field segments. She finally put her journalism background to good use as a writer on The Morning Show (Apple TV+), serving as a Story Editor for Season 1 and Executive Story Editor for Season 2. For her work on The Morning Show, she was nominated for a WGA Award.

In addition, Ali stars in the feature film THE END OF US (SXSW ’21). She’s currently developing her first feature film as writer/director with Park Pictures.

Ali is also a certified Yoga teacher, a world traveler, and an obsessive fiction reader. She’s repped by Brillstein and Rothman Brecher Ehrich Livingston. You can say hello at @therealalivingiano, read her newsletter at aliv.substack.com, or check out her work at alivingiano.com.

Ali gave extremely thoughtful notes on every assignment I turned in. She had an incredible ability to point out flaws in my story structure and character work without making me feel bad. Rather, I left each class feeling excited and motivated to keep doing the work. I especially appreciated her lectures, where she used many examples to illustrate her points clearly, and was very open to questions and discussions. I will be taking Ali’s next course, and I’m excited to continue working with her!

Ali’s Televisionary class was amazing!  Thanks to this class, I was finally able to complete my outline, which I had been “working on” for several years (i.e., doing anything and everything but actually writing it).  Ali had so many amazing insights and experiences that she shared with us in class and, at every step of the way, provided us with constructive feedback on our individual projects.  Highly recommended!

Ali was a fantastic teacher. She made all the steps really clear and gave insightful notes that helped me to quickly solve problems and elevate my work.