Adapting a Book to Film & TV 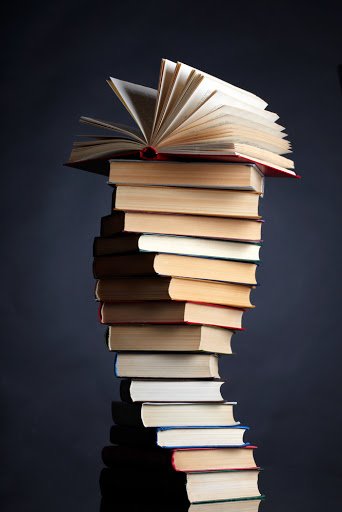 These days it seems selling a feature or TV pilot can be more about finding good source material than about writing a good script. Writers are adapting everything from overseas TV formats to novels to comic books for the big and small screen. Ravenous industry interest has made the rights to these intellectual properties even more expensive and hard to come by, especially as major studios and production companies are getting in the mix.

But if you’re an avid comic book reader who’s heartbroken you didn’t get a chance to pitch the take on The Wicked + The Divine you’ve been working on for months, don’t trip — you can still try your hand at an adaptation without letting rights stop you. Think outside the box of what everyone else is doing, dig a little deeper, and do some research.

Any work in the public domain is fair game, i.e. no copyright laws protect it. There are thousands of works in the public domain at your fingertips — plays, novels, and more — that appear more often onscreen today than you might suspect. For instance, the popular night soap REVENGE on ABC is a re-imagining of classic French novel THE COUNT OF MONTE CRISTO. Much of classic literature, from Dickens to Jane Austen to Victor Hugo, is in the public domain. The complete works of Shakespeare and Greek playwrights like Sophocles (Oedipus, Antigone) and Aeschylus (Agamemnon, The Libation Bearers) are in the public domain as well —not to mention all of Greek mythology, which is the foundation for much of western storytelling as we know it. Some say Shakespeare’s Hamlet is itself an adaption of Aeschylus’ Orestia trilogy. As many have said before but choreographer Twyla Tharp has put in print: “Honey, it’s all been done before.”

Most works published in the U.S. after 1923 are protected by copyright for either 95 years after publication date or 70 years after the death of the author, depending on the case. For example, Ernest Hemingway died in 1960, and the copyright on his works is life of author + 70 years, so his works will enter into the public domain starting in 2035. Check out this flowchart applying to works registered in the U.S. Works registered abroad have different copyrights.

THE POWERS OF ABSTRACTION

An adaptation is only as good as the writer’s ability to analyze and abstract the source material. The key to a successful adaptation is abstraction: the ability to understand your conflict, goal, and character archetypes, distill those down to their simplest components and keep those components intact.

Understanding the main conflict and goal of your source material is key to successfully adapting it. Adapting a story is kind of like transposing a musical score: the key can change, but the intervals and chords have to say the same or else it won’t sound right. In this analogy, the goal and conflict of a story are like the base of a chord.

A successfully abstracted conflict is one of the many things that makes WEST SIDE STORY such a successful adaptation of ROMEO AND JULIET: the writers figured out how to take the main conflict of Romeo and Juliet (two young lovers caught between warring families), and pop it seamlessly into a new setting (two city kids from opposite gangs fall in love) while maintaining the same life-and-death stakes. 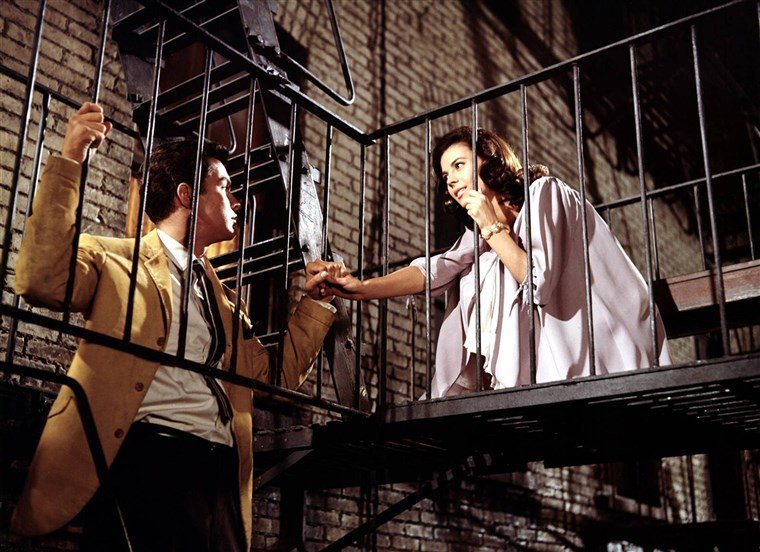 Having a strong understanding of the main character’s goal in your source material will also help make your adaptation seamless. One of the reasons the REVENGE pilot worked so well is, much like the Count of Monte Cristo, writer David Kelly sets up Emily Thorne’s goal for revenge clearly and backs it up with contextual information about her character that makes it almost impossible not to root for her.

The best adaptations are those where the world and story don’t feel shoehorned together. A great example of this is CRUEL INTENTIONS, a film re-imagining of the classic French novel LES LIASONS DANGEREUSES. Described as “an exploration of seduction, revenge, and human malice,” the novel explores themes of seduction, manipulation, ruthlessness, and power. CRUEL INTENTIONS works so well as an adaptation of this because that sentence basically describes any interaction with 2 or more high school girls anywhere — but especially in the white-collar world of an elite prep school.

Every character has at least one archetype within them, and being able to use that archetype to your advantage will aid you as a storyteller. An archetype is a character that comes with a collectively inherited unconscious idea universally present in individual psyches. Swiss psychiatrist Carl Jung did storytellers a solid when he developed a list of twelve primary archetypes that dwell in our collective subconscious. (hint: these are all foundations for great characters). Understanding what your audience will take for granted as part of your character’s archetype will better help you define what makes them unique. For example, the archetype of “Hero” implies qualities like brave, strong, diligent, and eventually victorious. Most likely, people will assume these things about your character unless you show us something different. Understanding the archetypes within your characters and how to play against them will work to your advantage as a storyteller.

Analyze your main characters. What archetypes comprise them? Characters are nuanced. Archetypes are fixed. Archetypes have specific universal connotations to your audience and understanding them will help you take advantage of that bias. Shakespeare is a master of archetype, which is one of the reasons his works are so widely adapted, so we’ll use HAMLET as our example:

Hamlet is a prince who must avenge his father’s murder by taking back the throne from his evil uncle while figuring out how to go from boy to man. The archetype most commonly played upon here is PRINCE — when we think of a prince, we think royalty, promise, and destiny.  When we give this Prince the conflicts of being unfairly dethroned and also fatherless, you can bet pretty safely on how that will sway your audience. Hamlet’s goal, to avenge his father’s murder and take back his throne, is clear, concise, and would work in many mediums. Disney’s THE LION KING and Kurt Sutter’s SONS OF ANARCHY are both adaptations of Hamlet. In one, a young lion prince must avenge his father’s murder and take back his rightful place as the King of Pride Rock by killing his evil uncle — literally HAMLET with lions. In the other, a young motorcycle club member realizes there might be more to the motorcycle accident that killed his father, the club’s founder and former president, than meets the eye, and he vows to avenge his death and assume his rightful place as President of the motorcycle club after dethroning his evil stepfather. A few twists on the theme and characters (in HAMLET Claudius was both Hamlet’s uncle and stepfather, in SONS Clay is just Jax’s stepfather) — it’s basically HAMLET on Harleys. 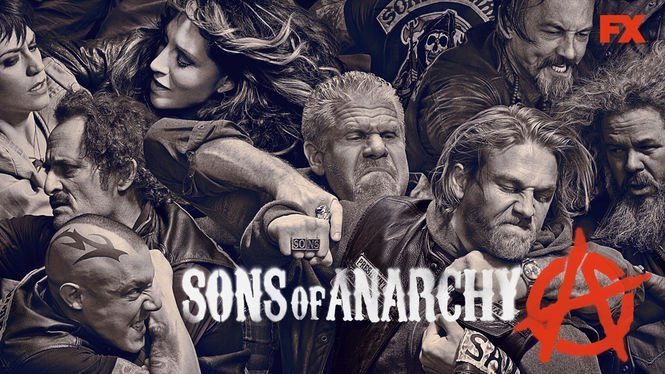 Other dark corners of Netflix where you might find Shakespeare hiding:

HOUSE OF CARDS — elements of RICHARD III and MACBETH, with Robin Wright as the most terrifying modern-day Lady Macbeth ever who probably exists in real life. Talk about the antithetical Princess Bride.

10 THINGS I HATE ABOUT YOU — perhaps the most successful re-imagining of TAMING OF THE SHREW yet, set in a suburban High School during prom season. 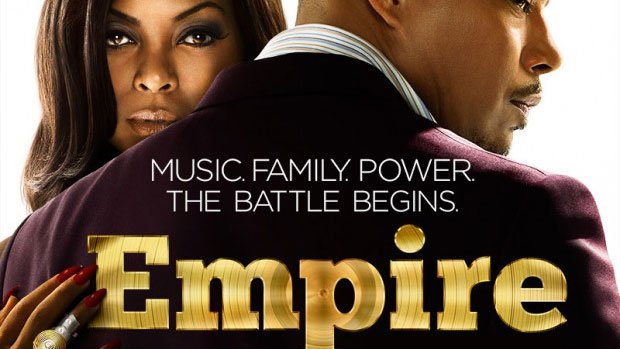 EMPIRE — an ailing hip-hop mogul (a la Russell Simmons/Jay-Z) must choose one of his three sons as his successor; essentially KING LEAR set present-day at a record label — an industry where nepotism notoriously runs rampant — with a soundtrack by Timbaland, no wonder it was a breakaway hit.

Using this process of abstraction, you might find more of your favorite movies or TV shows feel suspiciously derivative than you initially thought. Being able to break down both your scripts and other stories using these concepts will help you regardless of whether or not you are working with source text, but if you are, successfully abstracting the key elements of your story are absolutely paramount. Remember, imitation is the sincerest form of flattery — so long as the public domain says it’s ok. Now dust off that library card, go forth, and adapt.